Grow your garden! Build an idyllic garden by planting garden beds in your backyard. Worker bees will help you recoup produce from what you plant and may even wander into your neighbors gardens as well. A trick taking, tile laying, worker placement game. It plays in about an hour, including learning the rules. Very much a WIP. 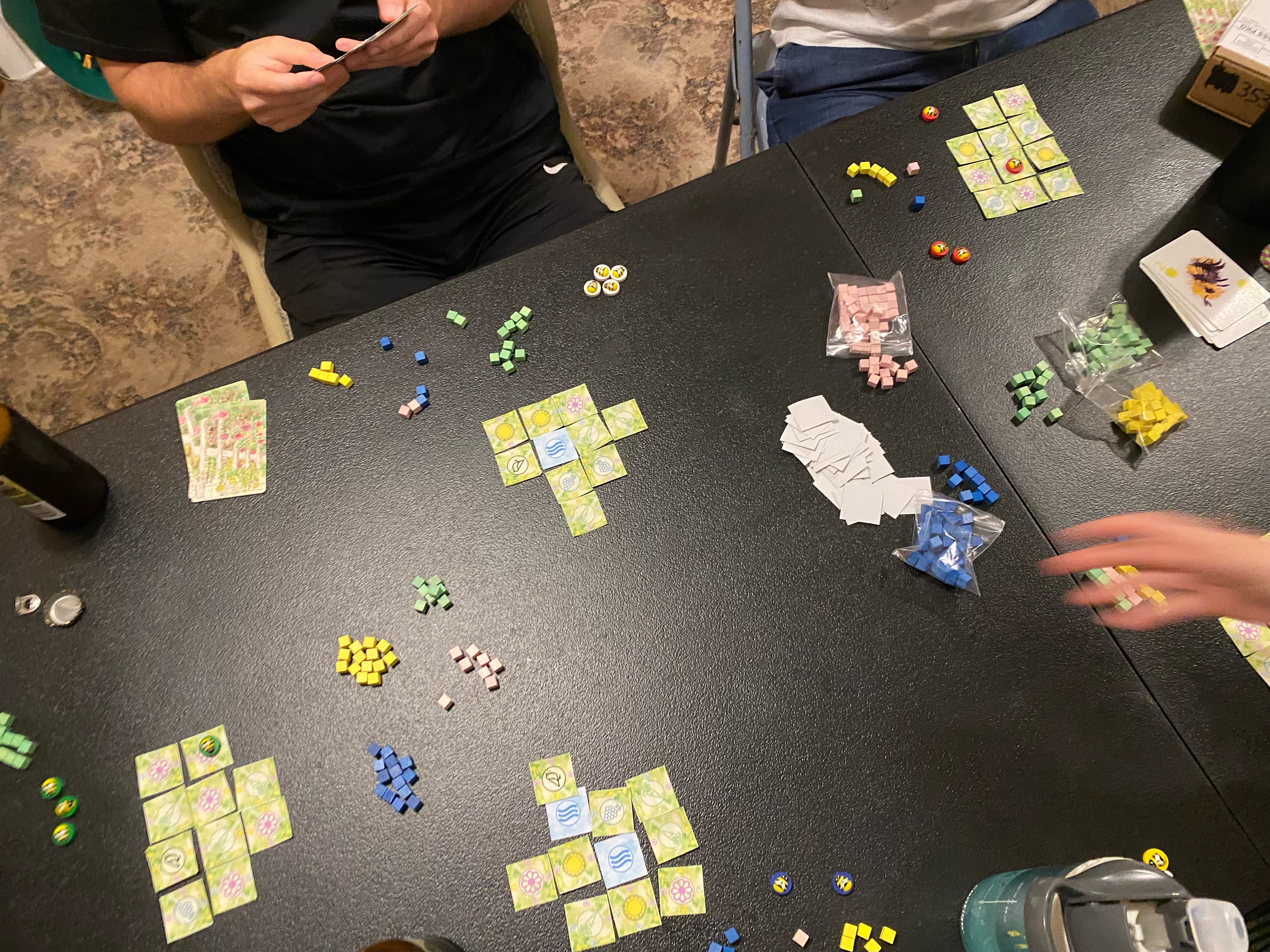 Overhead view of the gardens. 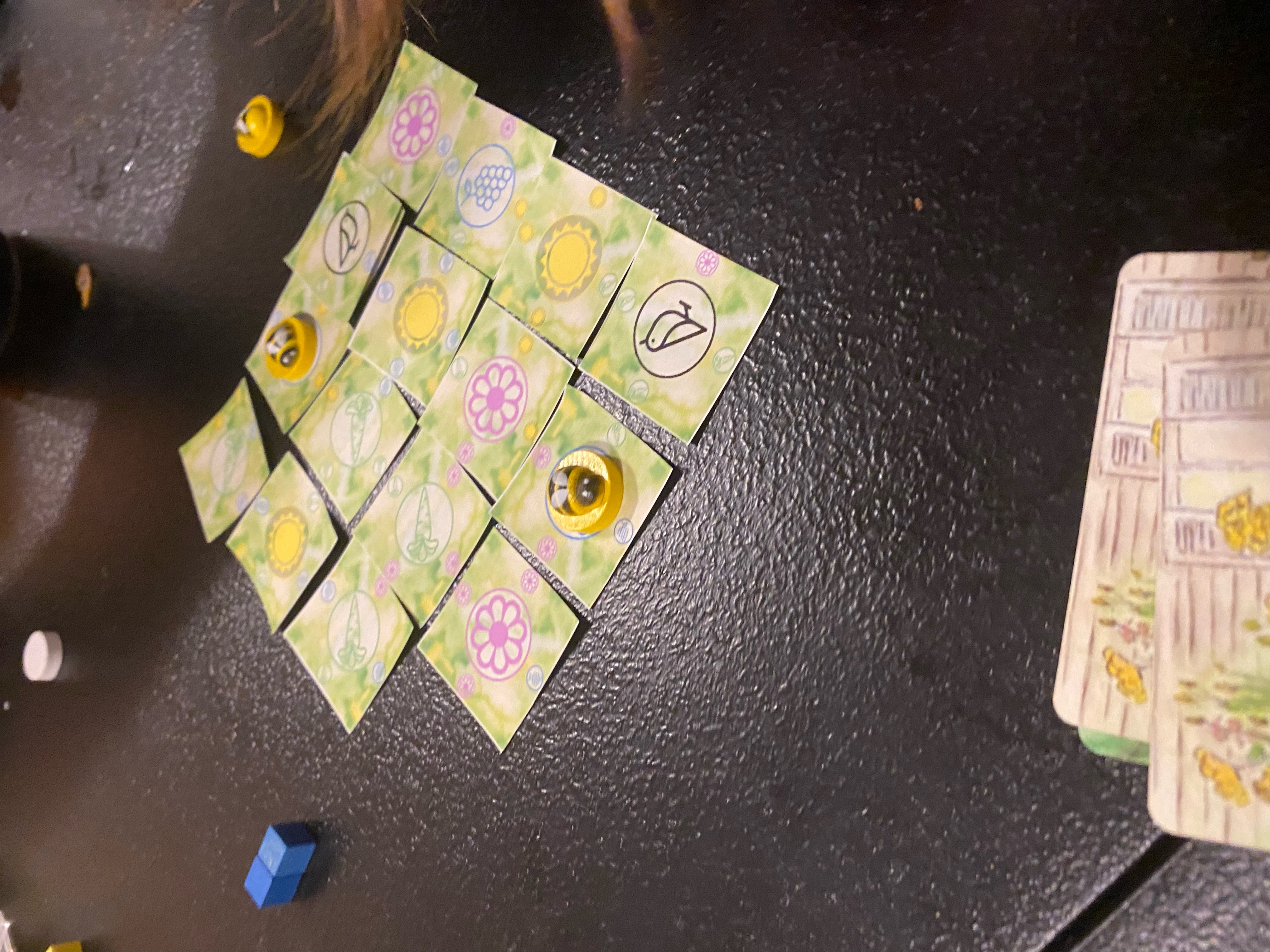 An action shot from the first ever playtest! 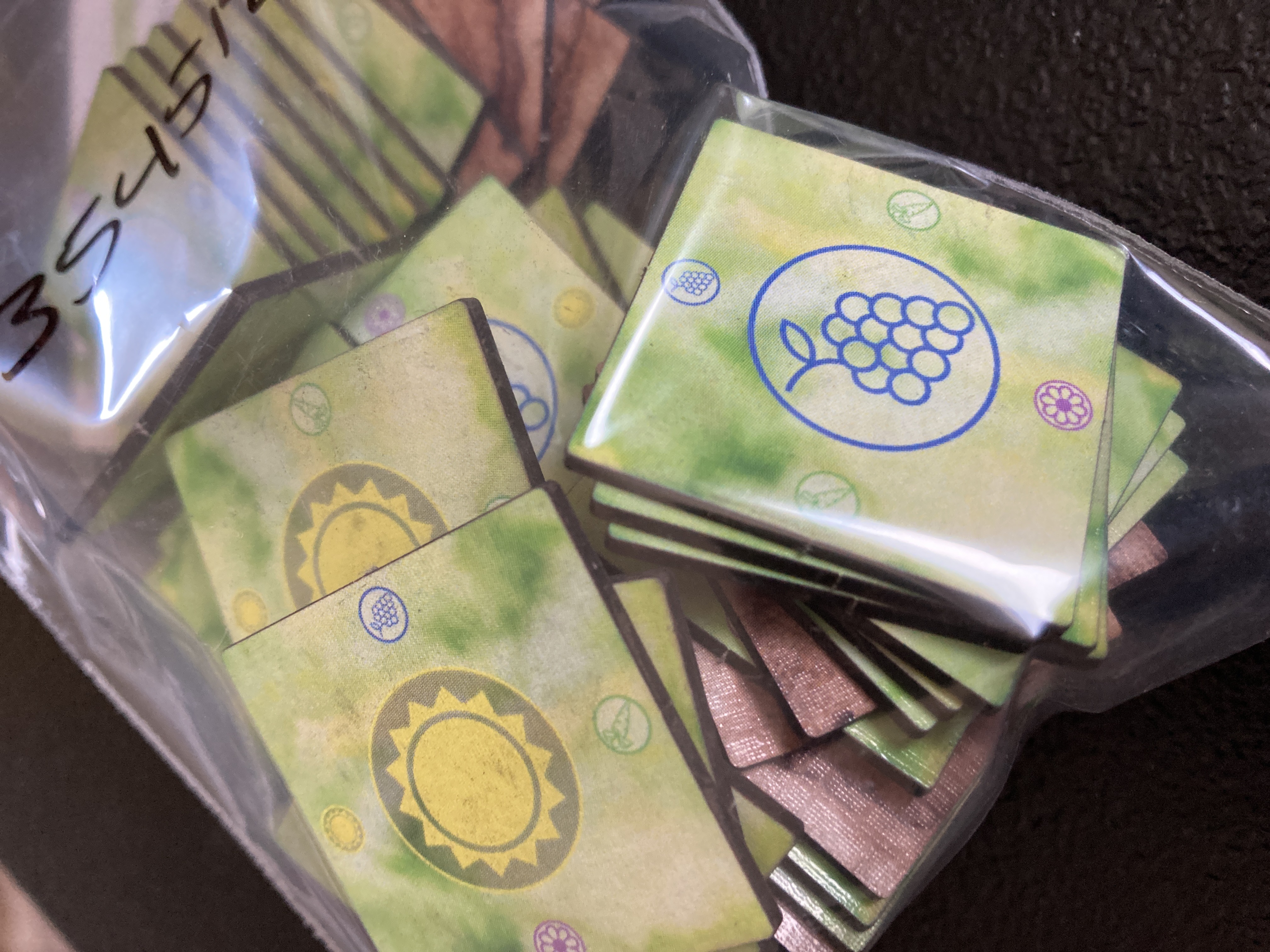 The plants (tiles) players use to build their gardens! 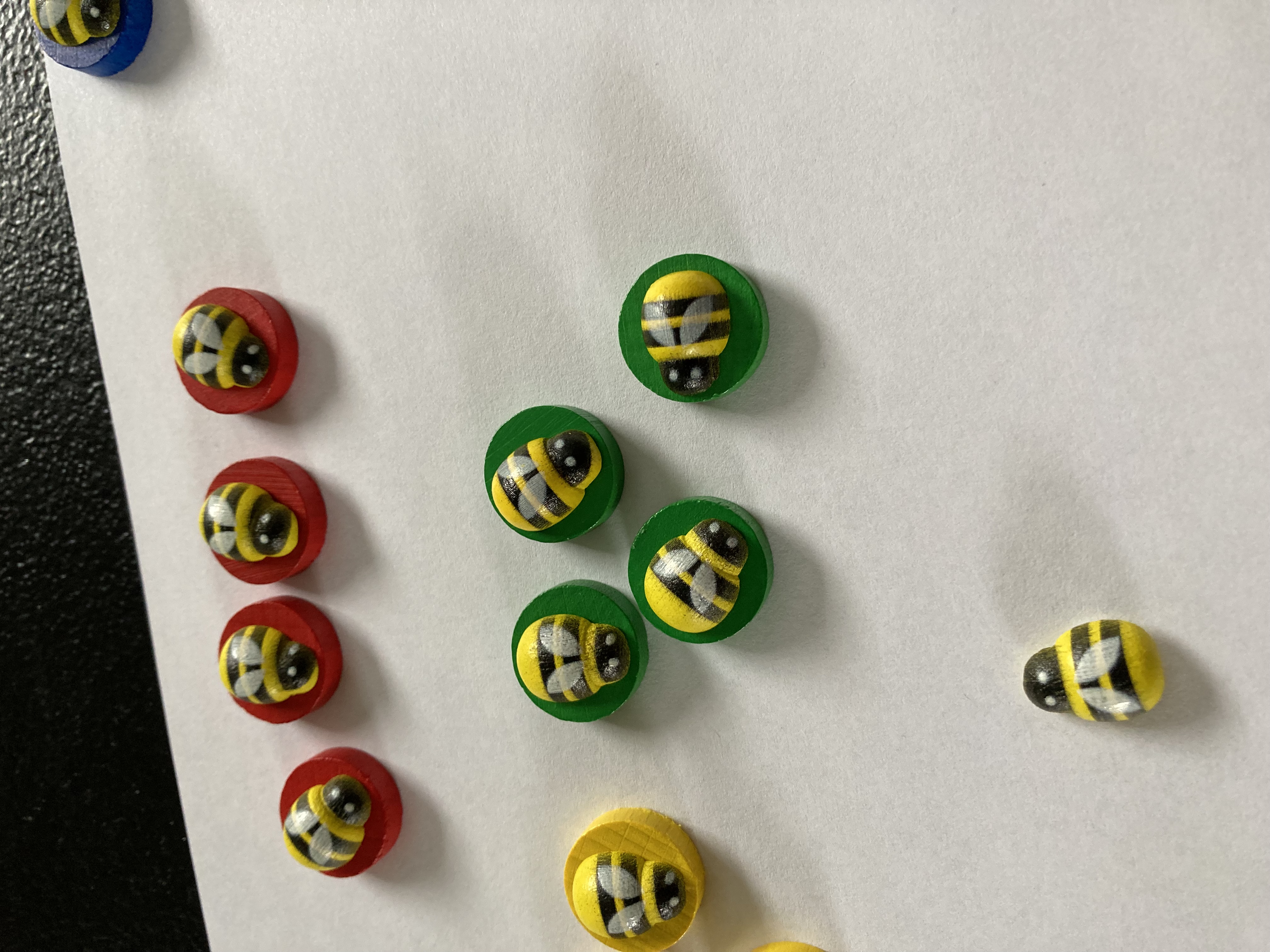