As a notorious Pirate Lord use your Captains to command your fleet. Gain Notoriety by controlling territory on the board but remember not to neglect your own secret stash of Doubloons! Gain Doubloons by smuggling goods for the local islands or for finding treasure. Your Captains will accept Doubloons as a Bribe to put in extra effort fighting on your behalf. Careful though, if you become too notorious other pirates may turn bounty-hunter to increase their own reknown. A competitive game with direct player interaction and deterministic combat, it plays in about 2 hrs. including teaching and learning time. Variations for all player counts between 2-6 players have been designed and tested but the recommended player count is 4. 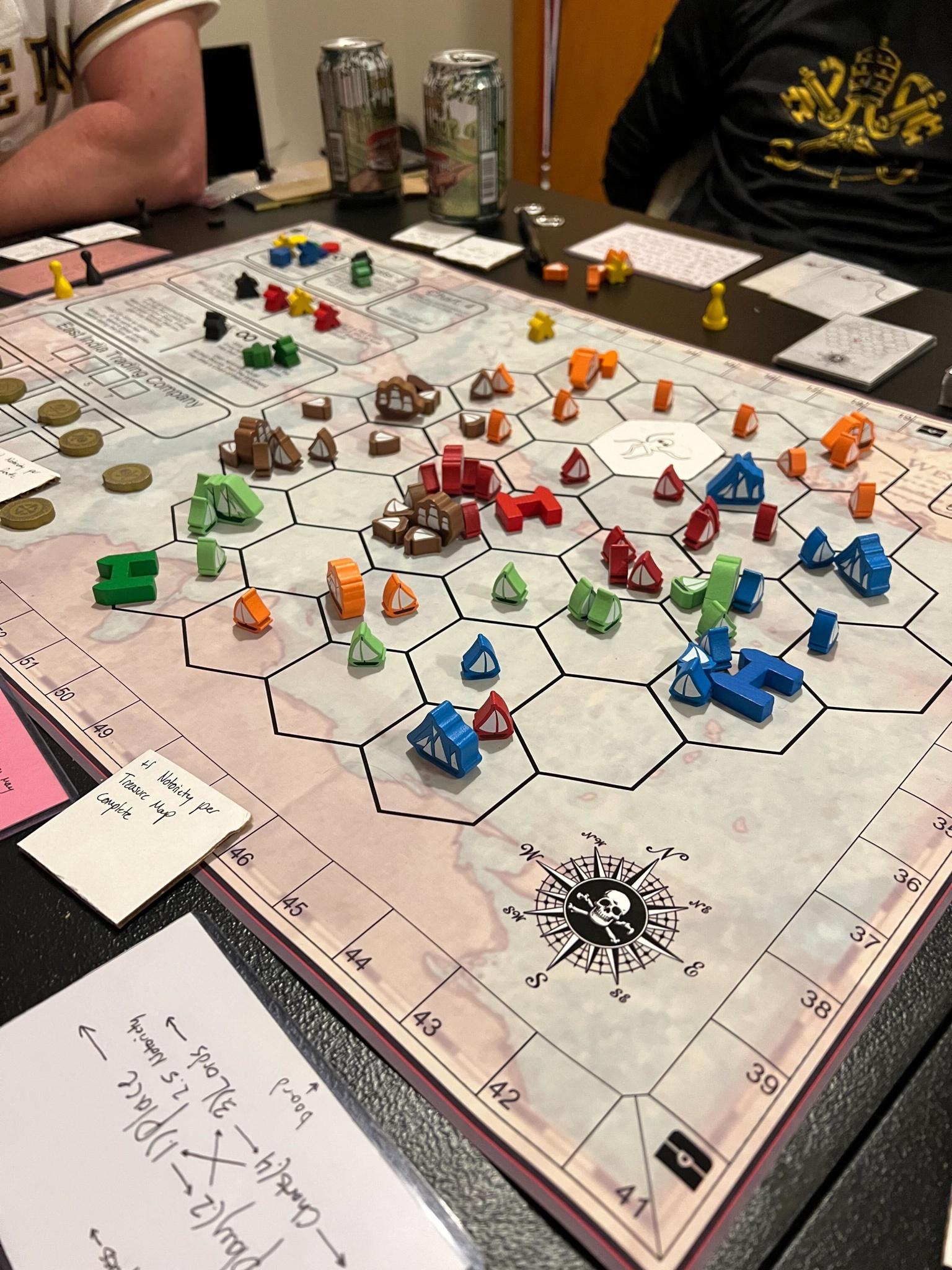 A picture from a recent 5 player play test! 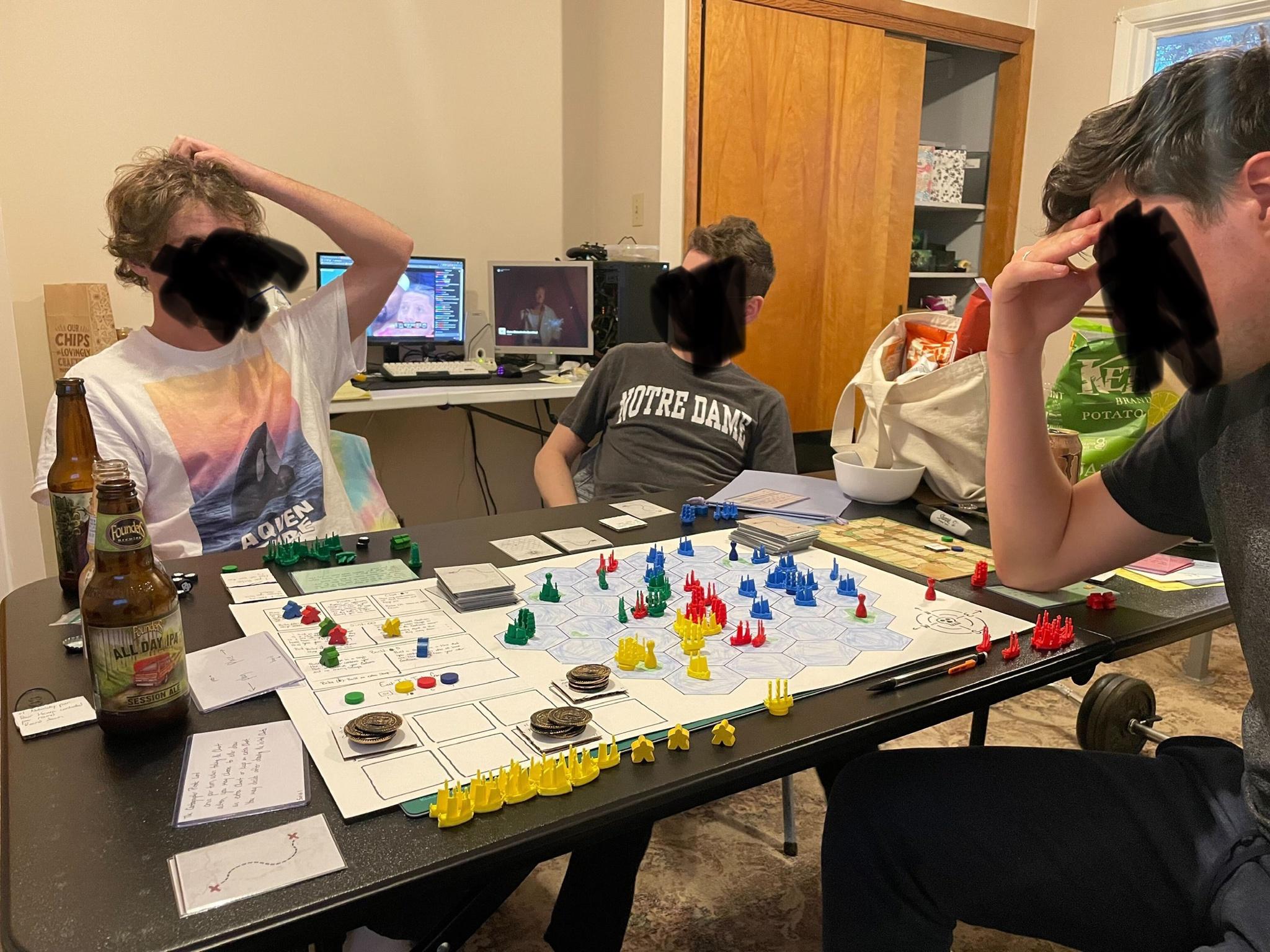 Agonizing over where to place our Captains. 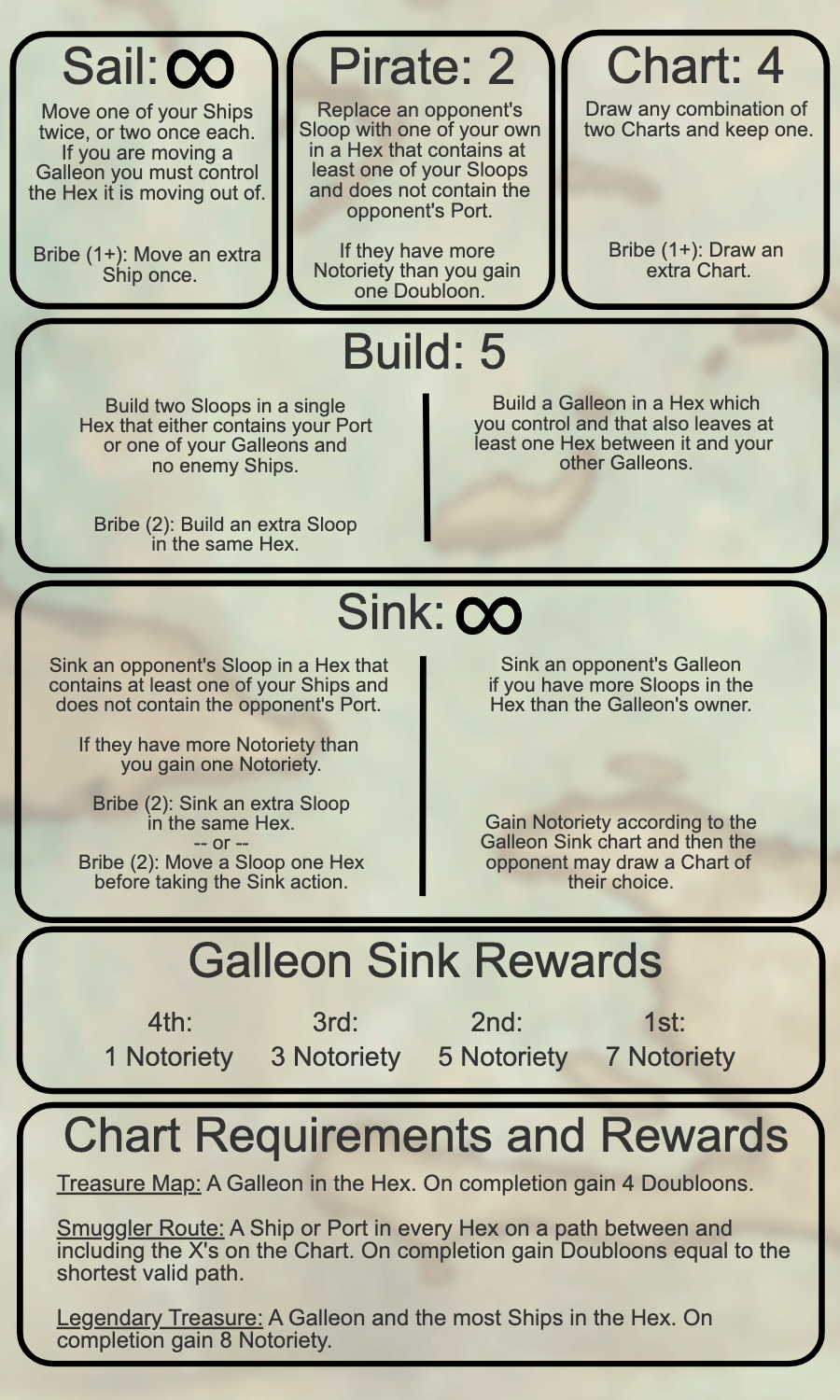 The .png file for the Player cheat sheet. 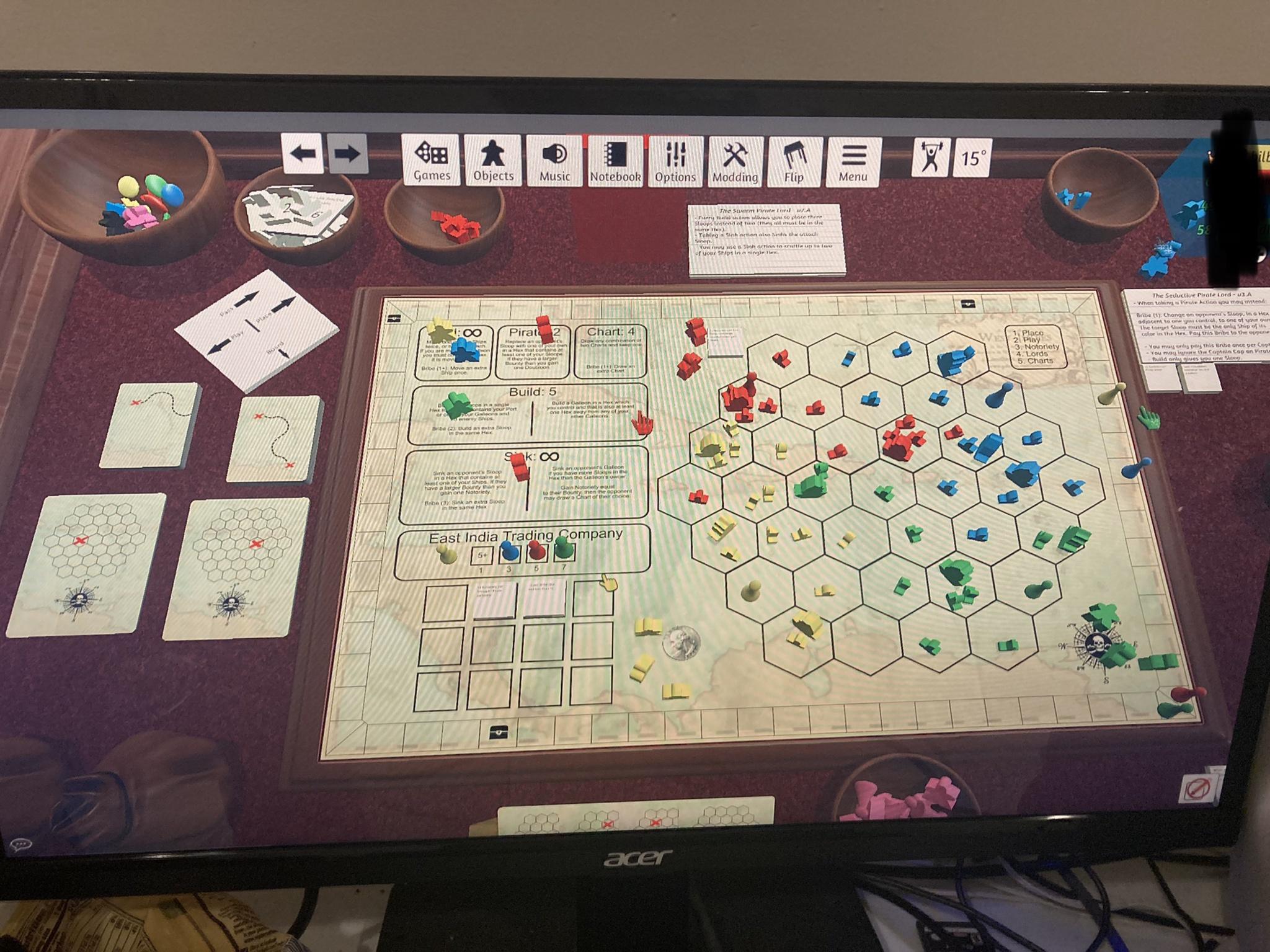 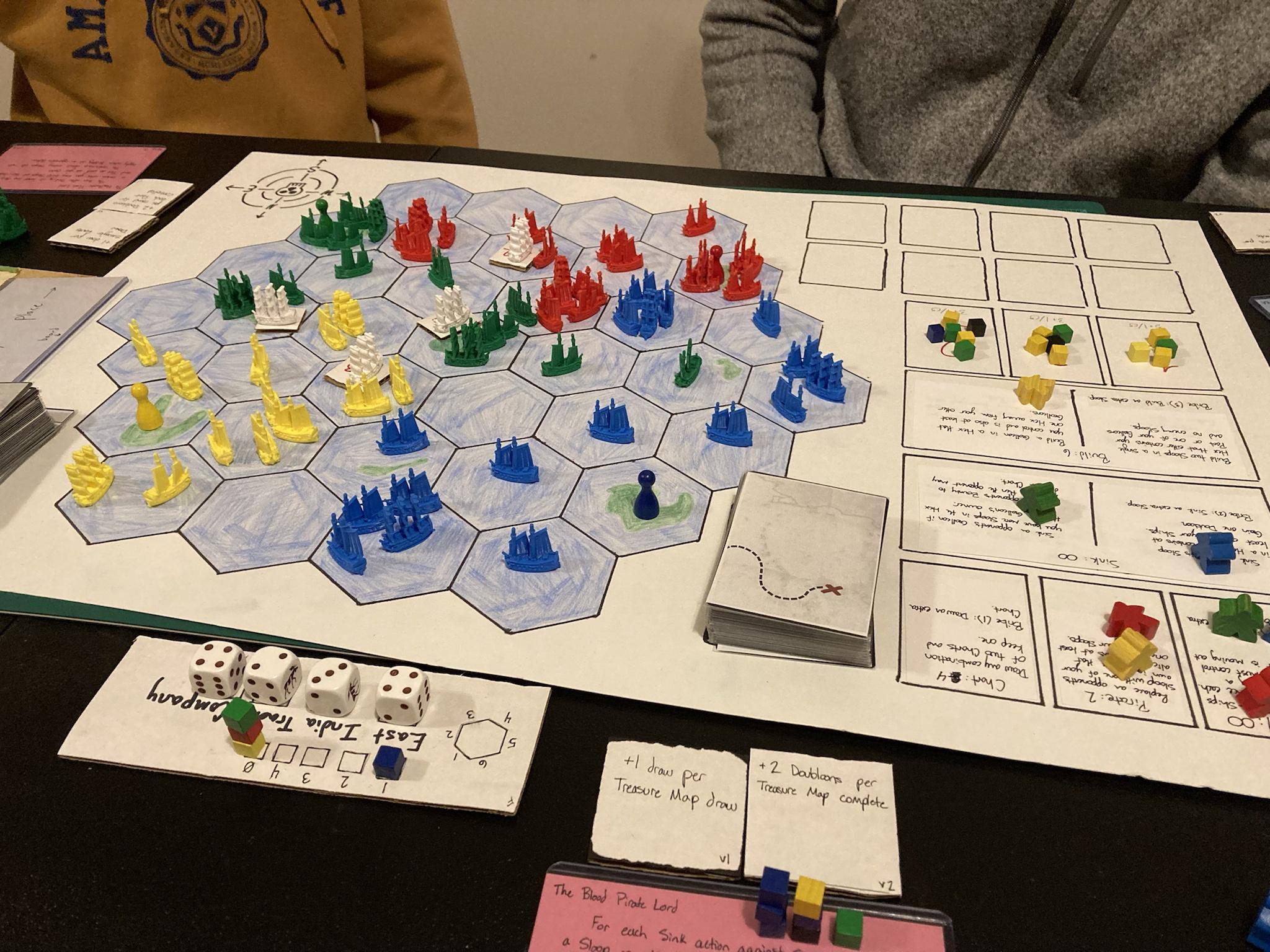 An older version of the game during a play test.